History of the Tally Ho

There has been a pub on the site where The Tally Ho stands today since the 1750s. Since then it has of course been through a number of changes. It was once thatched but burned down and has since risen from the ashes. From the beginning its position on a main road has meant it had passing trade then on horseback, now in cars.

More recently, the pub’s future was threatened when it was purchased by property developers who wished to turn the building into three homes. Members of the village formed a working party and campaigned to save the pub – the last meeting place in the village. A website was created and 350 people signed the online petition to save the pub. Many were not locals, but regular visitors who used the pub as a stopping-off point during journeys along the M4.

A limited company was formed and after negotiations with the developer, the Tally Ho was purchased. Currently there are over a hundred shareholders from locations as diverse as Wales, Nottingham, London and even Australia!

Today, the Tally Ho is proud to provide a warm welcome to visitors from all over the country. We focus on providing fresh food from local suppliers and beer from local breweries, together with a range of good wines and freshly-ground coffee.

In previous times called The Oxford Arms …. now known as The Tally Ho. 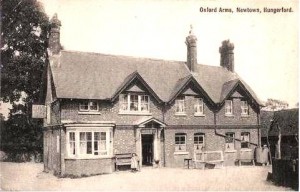 The Oxford Arms in 1912. Courtesy www.HungerfordVirtualMuseum.co.uk 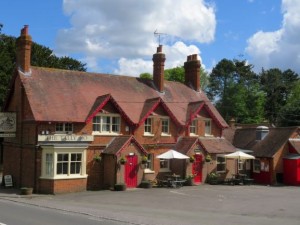